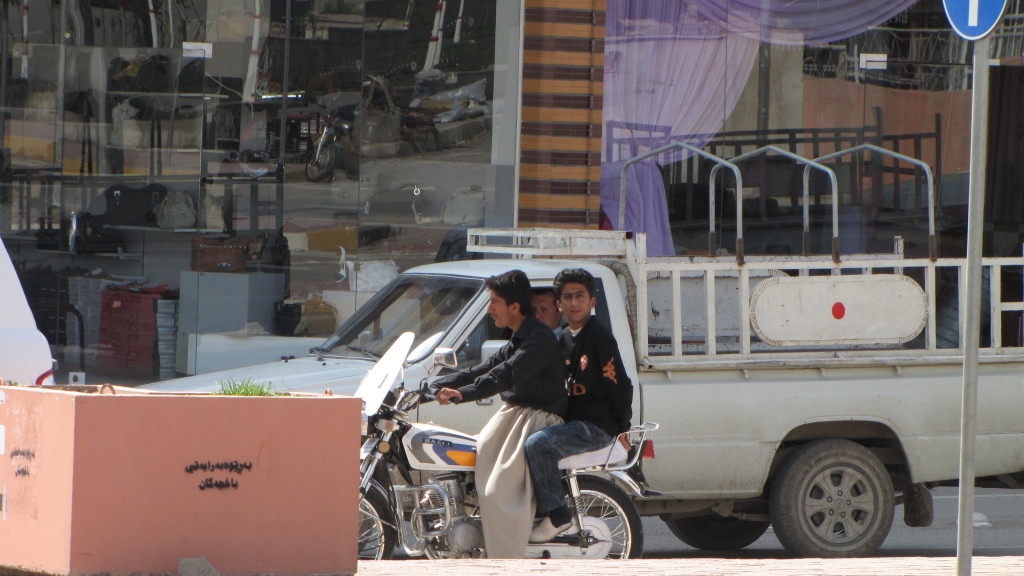 “A divorced woman is a present, a married woman a gift from heaven!” said the young cab-driver who took me home after a long and tiring day. I had asked him if he had a girlfriend and if he could see her freely. He told me in our short ride that he didn’t have a girlfriend or a fiance and didn’t didn’t plan to get married anytime soon. He did have an active sex life but mostly with married women. My eyebrows raised by themselves when I heard that. “You mean women who used to be married?” “Noooo” he said and looked at me like I’m a complete idiot. “Divorced women are more hassle than fun, worse than girls.”

In current day Kurdistan divorced women have as many limitations as unmarried girls, sometimes even more. The family, friends, neighbours and generally the entire society around them sees a divorced woman as a fallen woman, a failure. That it often takes lots of courage and perseverance to take the step towards divorce is glossed over. That’s why some unhappily married Kurdish women take a different road. They stay married to the man they’re not happy with and keep a lover on the side. Exactly what Kurdish men do as well, funny enough creating a kind of equality between the sexes in this field.

When I ask a graduated management student out of the blue if he has a relationship with a married woman he gives me a startled look and I know I’m right. He carefully looks to his left and to his right to make sure no one listens in on our conversation. We’re on the roof terrace of a five star hotel in Sulaimaniya that gives us a view on the whole city. It’s still early evening and apart from a couple that sits in the far corner we’re the only visitors. At the moment there are more waiters than visitors, but it won’t take long before all the seats are taken. In Kurdistan, like in other warm countries, people eat dinner around 10 pm.

First he asks me how I found out. I laugh and don’t immediately say it was just a wild guess. He gets more nervous. “Did she say anything?” “Who is she? Do I know her?” I say to save him from revealing more to me but at the same time I also know who he talks about. He’s silent, but his face is an open book. I can see that behind his silent gaze a nervous storm is brewing. I calm his nerves by telling him my questions are related to my research and it’s none of my business who he sleeps with. At that the shy and startled man regains his confidence:

“You don’t have to support a married woman financially, just spoil her with love and presents.” he says with a smile and adds a wink. “Besides, there’s no risk of pregnancy. She can use various contraceptives without raising suspicion. And besides, it’s not a disaster if she does get pregnant. She’s already married!” He claims two-thirds of his friends have an affair with a married woman, but I suspect that’s his way of rationalizing his own affair. When I ask him whether he’s in love with the married woman he laughs. “I really like her, but in love? No, and she knows it.”

The young cab driver who takes me home doesn’t want to accept money, but after some hesitation asks if he can see me again. Up until that point “being married” had been my way of saving myself from men who wanted to get closer to me than I was comfortable with, but this time I didn’t play that card. I realized “being married” could even be an invitation for him, so instead I remained silent. I did however remove my smile and put on a serious face. I thanked him for the ride and carefully put three thousand dinar bills on his palm, with which he was offering me his business card, and left.