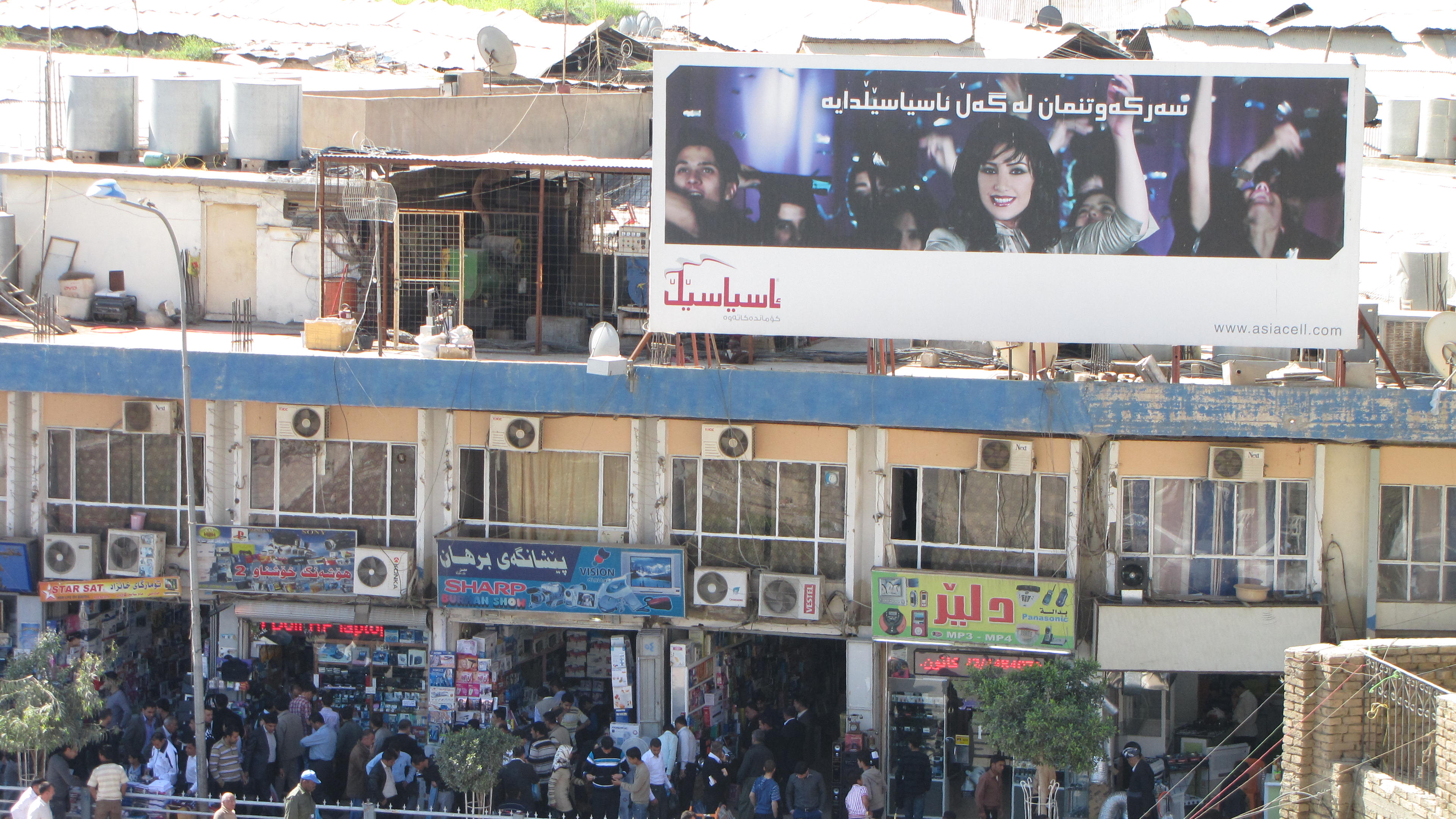 A few days ago we published the first article by Dutch-Iranian writer/journalist Nafiss Nia. Here’s the second installment in her articles about Kurdistan.

– Do you have a boyfriend?

– No, she says with conviction, but her eyes tell a different story. I try again, but this time with a smile and a look of you-can-trust-me-I-won’t-tell in my eyes. She stammers, looks away, giggles and then looks back.

– I love someone, but no one knows, she says shyly, not really sure if she should confide in me. Then she gives me a stern look and tries to assess whether I’m to be trusted. I reassure her with a smile.

– I will not tell anyone, I say and match her stare. She sighs with relief and, surprisingly, hugs me. I dare to ask more.

She nods a few times for yes.

– Will you get married?

– I don’t know, I don’t think my father will allow it.

– And if he doesn’t allow it, what then?

She shrugs, but on her face a sad look appears.

– He says I shouldn’t think about it, we’re still young.

– That’s what your father says?

Again she shrugs. From her bag she gets some tissues to dry her sweaty palms. She’s right, they are young, but many girls in Kurdistan marry at a young age. Not because they are forced to, but most of the time because they long for some kind of freedom and see in marriage a possibility for more space in their lives. I decide to ask more and be blunt about it.

– Nooooooooo! Her looking away takes longer than before.

She gives me a smile that’s part shy and part naughty, but keeps avoiding my eyes, looking in the distance.

– Nothing at all is not possible. He wants to, but I can’t. I have to stay a virgin.

I wait and she looks at the ground. She obviously feels uncomfortable, so I decide to wait and give her some time.

– Ehmm… It’s safe! She says with a hint of annoyance in her voice

She sits down. Because of the blinding sunlight I have a hard time seeing her, but I hear that her breathing becomes agitated. I sit next to her.

– But I don’t like it. It hurts and I think it’s filthy, she says softly.

– You said that he loves you?

– Are you careful you don’t get hurt? I say carefully. She smiles and looks shy, but with a confidence she didn’t have before.

– He loves me, he truly loves me a lot. And we’re getting married, even if my father won’t allow it, she says and gets up.

She wants to leave. She’s already said much more than she wanted and I don’t stop her. I’m quite sure some things she’s said out loud for the first time, and it’s obvious it has an impact.

There’s much more I want to say to her, but I stay quiet. This girl doesn’t need a sermon. She knows what is and isn’t good for her. Love conquers all in the end, whatever the consequences might be.