Sex Parties and the new Normal in Iran

A while ago we posted a link on the Silk Rope Facebook Page (go and like it if you haven’t done so yet) about the sex parties in Iran and China. The link was quite popular, many people liked, shared and commented on it. We were excited too, what better way to stick it to the man (and outdated social customs regarding sexuality) then to participate in consensual group play. The article, called Sexy spring: How group sex will liberate Iran, China, is an excerpt of a book that looks at group sex in different cultures. While it starts a bit sensationalist it is an interesting read and we are happy to share the article again. Here’s an excerpt:

“… Although Mahdavi did not visit Shomal, she attended other sex parties in Iran. One evening, she accompanied her friend Babak to a party held in a huge garden with beautiful hanging trees. “Welcome to the jungle,” a young man said as he greeted her. After stripping off her Islamic dress, including her head scarf and manto, she followed the men further into what felt like “the hanging gardens of Babylon.” Babak squeezed her arm and whispered into her ear, “Take a deep breath, Pardis.” As they walked closer to the swimming pool, she noticed it had been drained of water. Voices drifted up from the bottom of the pool. With surprise, she realized that “a full-blown orgy was taking place.” As Babak took off his shirt and “started to wade into the group of young people,” Mahdavi perched herself on the diving board, which seemed like a safe place to observe: “I continued to watch as bodies moved from one trio to another. A group of five men and women huddled together below me. I couldn’t tell who was kissing whom, and I couldn’t see how much oral or penetrative sex was taking place, but it seemed that most of the people were completely naked, and from the movements I could see, it looked as though half were having some kind of sex. …”

There’s a few things that leave us uncomfortable about these stories though (and it’s definitely not the sex). It’s knowing people will share the article for its orientalism, or worse yet, think sex parties are the most important pointer of sexual liberation in the east. Reading the article one gets the impression it’s mostly bored rich kids who get to play. There isn’t a time in recent Iranian history the villa’s in the north of Tehran weren’t the place where one social taboo or another was broken. Even more so in times of political and social repression.

What is more interesting is to see what the south of Tehran or other towns are up to. While stories of their boys and girls marrying at a later age, picking their own partners and picking up ideas about relationships and dating from American series such as Friends and Sex and the City will not make hot article material, that’s where the more silent but more lasting sexual revolution takes place.

So while we encourage you to read the article, we’d be even happier if you would follow it up by having a look at the photo’s in this report. Simply put, its a look into the living rooms of regular young Iranians. Pretty normal folk right? 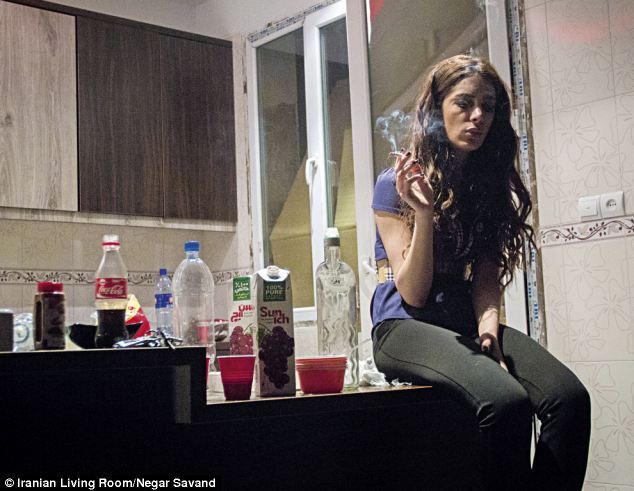