There’s things we’d like to change about customs and traditions in our Silk Rope countries. While we can talk about them in the abstract (and we will), we should also be aware that these customs don’t exist in a vacuum. They are beliefs held by actual people. While most we can forgive for holding on to ancient customs there’s a few who crank up the crazy to 11. For them we’ve created the Dick List. I hope you’re not offended by the term, there’s few words that so aptly capture the disdain we feel for these folk. Here’s our first installment. 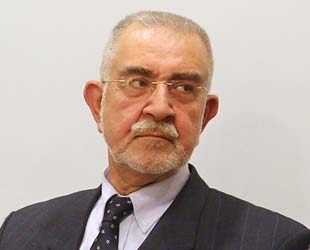 For claiming on TRT public TV that pregnant women should stay home, as they are not esthetically pleasing and the big bellies would offend men and deter young Muslim women from getting pregnant.

He’s become the laughing stock of protesting Turkey. Various protests have been organized where pregnant and unpregnant alike showed up and showed what they thought of his statements. Many of the non-pregnant ones showed up at the protest (both men and women) with a pillow under their shirts. On internet he’s the subject of various jokes.

Turkey’s Religious Affairs Directorate issued a statement saying Islam required no isolation of women and that being a mother was a gift. The statement still called on pregnant women to dress modestly. “However, pregnant women should be more careful about their dress – every woman should. [They] should not wear clothes showing their bellies or backs,” it said.