The trials of Iranian women athletes

Being a woman athlete in Iran comes with some serious challenges. You don’t get the facilities men get. You have stricter clothes restrictions than athletes from most other countries, such as the Iranian women’s Futsal team pictured here. Though the clothes didn’t stop them from getting silver in the Asian games last week: You don’t get to travel as much as the guys. Neda Shahsavari, for instance, was banned to participate in the the Table Tennis Asia Cup this April. Being the only female in the Iranian team it wasn’t deemed prudent to let her travel alongside the men: 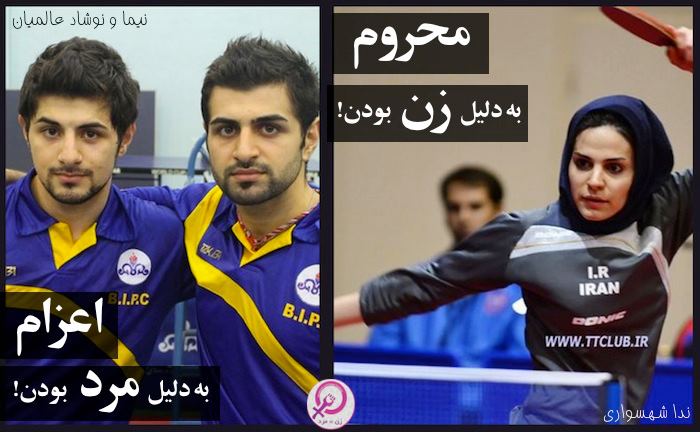 Sometimes it gets downright Kafkaesque. Witness the ordeal of Elham Asghari who a few weeks ago swam 20 Km in women only waters (yes they exist in Iran) but had her record denied as her clothes had not been approved by the proper authorities:

Her full story can be read here.

What gives us hope is that despite these trials Iranian women keep up the fight. Even when foreign media calls female practinioners of Jiu Jitsu a secret ninja army trained for upcoming wars. Such as in this Telegraph.co.uk article.

Whether the Islamic Republic gives them more rights or less, Iranian female athletes are claiming their space and are here to stay. The below picture is of a couple of female street athletes. Even if you don’t read Persian, do yourself a favor and click through the slide show: 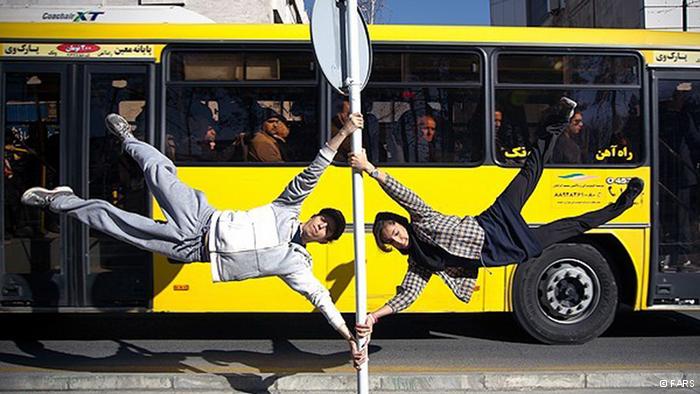