For years my girlfriend and I had the idea to start a blog in which young men and women talk about their sexual experiences, wishes and desires. We were worried that our sexually active and/or curious friends weren’t talking enough. Telling our friends, our lovers and even our parents what we like (or just as importantly don’t), is important for healthy personal growth. In between some brainstorm sessions she suddenly sent me a mail: “I’ve found it, look at this site, they’re already doing it!”:

Sex and Fessenjoon is a happy blog run by two Iranian-American ladies. They talk about flirting, picking up boys, one night stands, what to share with parents and what not. It’s also a blog that grows while the girls develop their interests. In the past months they’ve invited guest bloggers to appear on the site to write about women’s issues in the Middle East.

Here’s a great example that shows a dilemma some of us might have to deal with at some point. Blogger Saaghi recounts having to discuss being tested for HIV with her father, with whom up until that point she’d never had a conversation about sex. 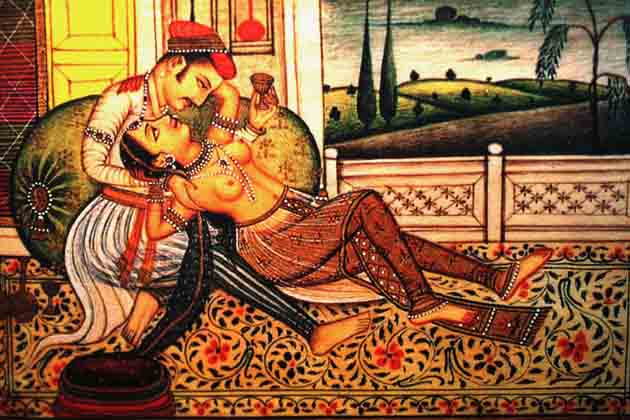 Iranians (inside or out of Iran) are not the only ones in need of some more sex talk. “If you’ve never seen a picture, if you’ve never talked about it, if you’ve never seen a movie, if you’ve never had a conversation with parents or friends, how exactly are you supposed to know the mechanics of that particular activity?” says Ribner, an American-born sex therapist whose Jerusalem clientele is made up of Orthodox Jews. To remedy this she’s co-authored a book that discusses intimacy for newlyweds. It is planned to come out in Hebrew this month.

One consequence of not talking about sex you might not even think of. After generations of taboos shutting us up we might even lose our vocabulary for sex. It’s claimed centuries ago Arabic had over a thousand verbs for having sex. Today sex educators working with Palestinians in Israel have to replace certain Arabic words with their Hebrew or English equivalent to be understood.