Men Dressing Up as Women (For Social Change!)

Last week we sang the praises of Kurdesh men dressing up as women in support of the women’s rights movement. In case you didn’t know about them here’s a few more similar actions.

One of the victims of the Iranian government’s crackdown on social and political activists is the student activist Majid Tavakoli. He was arrested on the first student day in Iran after the disputed Iranian elections of 2009, shortly after giving a passionate pro-democracy speech. After his arrest foto’s were released in which Majid had been dressed up as a woman, implying he had tried to flee in women’s clothes. Iranian activists responed by posting thousands of images online of men wearing headscarves and chadors:

Last December a young Indian student was the victim of a brutal gangrape in Delhi. Later she died of injuries sustained during her abuse. When some suggested the solution to rape is forbidding women to wear skirts hundreds of men wore them to protest this backwards use of logic. Here’s a foto of a few Benghali activists: 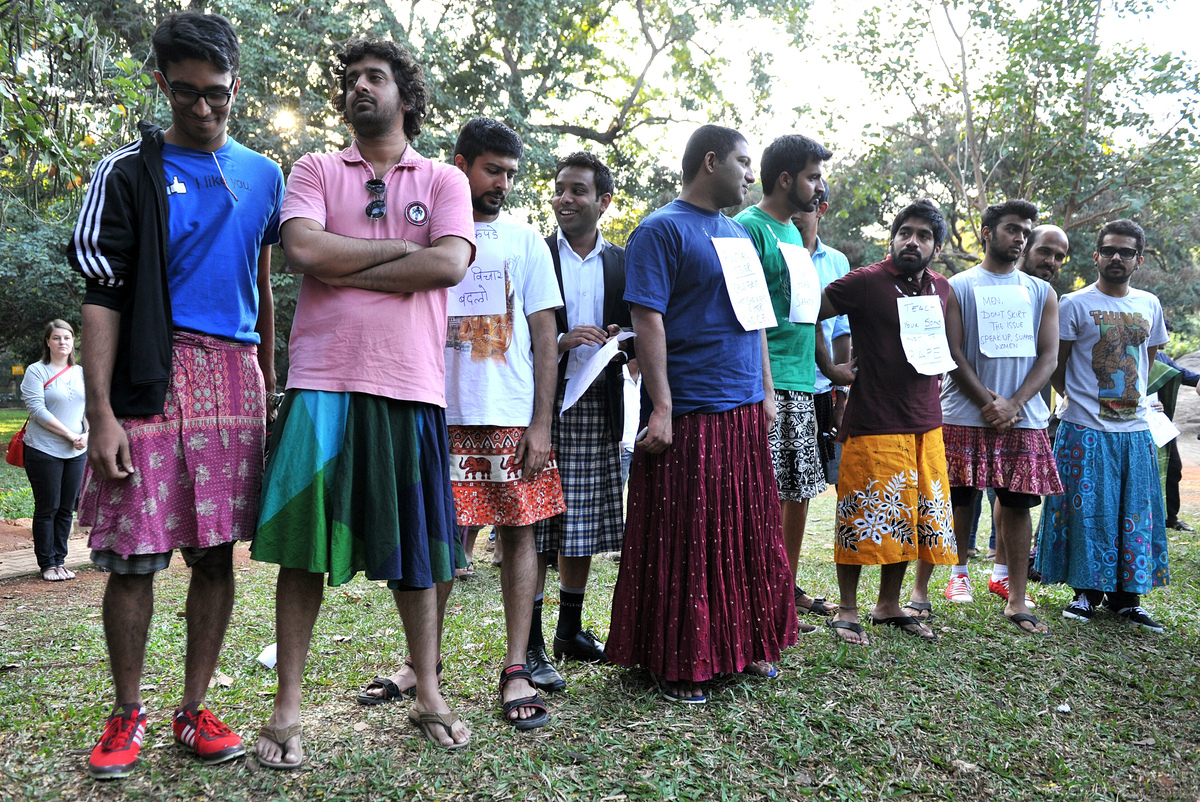 Finally there’s this video, sadly without translation, in which a young Egyptian man decides to experience the kind of abuse women receive in the streets of Cairo. He dresses up as a woman and is recorded by cameramen following him, as well as cameras and sound recorders hidden on his body: