Here’s a tale that warms the heart. Earlier this month a judge in the Kurdish Iranian region of Marivan ordered a man convicted of domestic abuse to be paraded through the streets in women’s clothes. Women’s rights activists denounced this sentence as misogynistic, and better still Kurdish men have started uploading pictures of themselves in women’s clothes to a Facebook group. In their words: “Being a woman is not a way for humiliation or punishment”.

At the moment the Facebook page has around 11.000 likes and is growing fast. Pictures are pouring in, not only from cross-dressing men from other countries, but also from women in men’s clothes. For a full write up, go to this article by Dilar Dirik on the Kurdistan Tribune. 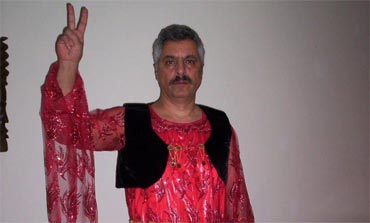 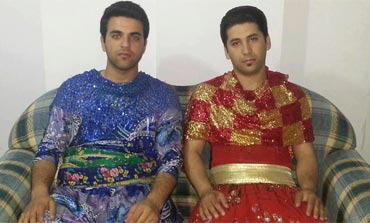 In the past many Kurdish communities have taken up women’s rights as inseparable of the other social and political issues. so much so that in some Kurdish activist circles the word “Macho” was considered an insult. The famous Turkish-Kurdish activist singer Hozan Dino released his first album under the name “Namus?”, a middle-eastern word that loosely translates as family honor and is considered to be lost when the women of the family become too friendly with the boys. In the title track of the album Hozan Dino wonders what this Namus obsession is that drives too many Kurdish families to kill their own daughters. Here’s the track for you to enjoy, even if you don’t understand Kurdish: